On July 2, 1958, Hans Wilsdorf divulged the origins of his famous watch brand during a speech given to mark 50 years of the name: “A genie whispered ‘Rolex’ in my ear.” Whether or not that enchanting tale is fact or fiction, the name Rolex and its accompanying crown insignia did forge a magical path to become one of the most iconic logos in modern history.
Hans Wilsdorf’’scompany did not start as Rolex; it was initially named Wilsdorf & Davis when it was established in 1905. However, the name Rolex was trademarked in 1908 and the five-point Rolex crown (also known as the Rolex coronet) was registered in 1931. The all-caps Rolex name sitting under the gold crown eventually became the company’s logo, and aside from some variations in font and coronet shape, it has remained largely the same over the last nine decades. Today, Rolex watches feature the logo on various components – but it wasn’t always this way. Join us as we dig into the details to uncover the history of the Rolex logo. 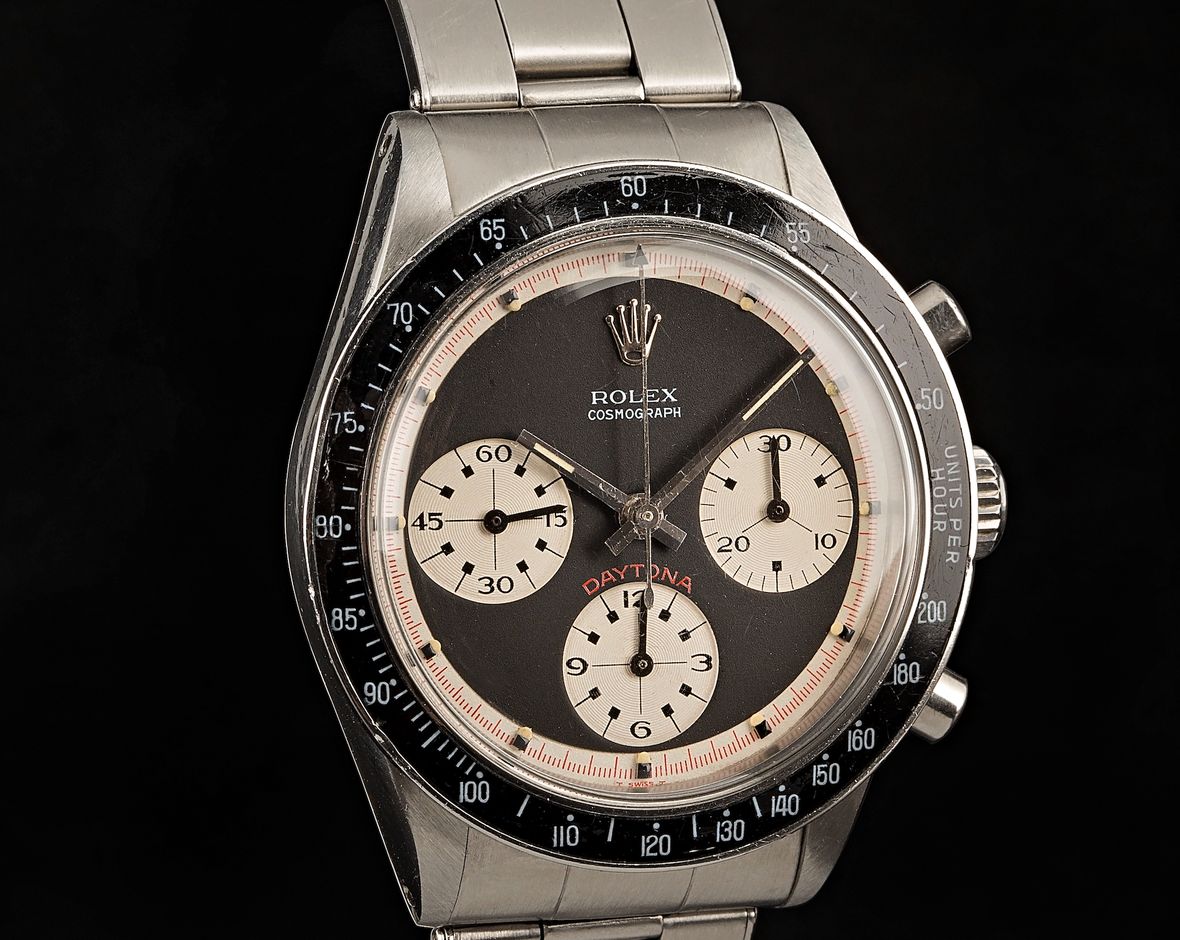 From Wilsdorf & Davis to Rolex

1908 – The name “Rolex” is filed and trademarked in Switzerland.

1913 – The Rolex name is trademarked internationally.

1919 – Rolex moves its headquarters to Switzerland.

1926 – The waterproof Oyster watch debuts and the Rolex name is now inscribed on all of the company’s watches.

In 1905, a young Hans Wilsdorf partnered with his brother-in-law, Alfred James Davis (who was married to Ana Wilsdorf) to start a watch company in London, England. This company, named Wilsdorf & Davis, specialized in distributing wristwatches not only in Great Britain but also throughout the British Empire. Wilsdorf & Davis sourced watch parts from various Swiss partners, including precise movements from Aegler in Bienne, Switzerland. Three years later, on July 2, 1908, Wilsdorf & Davis trademarked the name “Rolex” in Switzerland and the “Rolex” trademark was then registered internationally in 1913.

Wilsdorf penned “The Story of Rolex” in 1948, where he wrote, “Up to 1915, London was our headquarters for distribution to all parts of the world. But when the British Government of the day imposed a 33 1/3 per cent customs duty on watches, we had to move our headquarters to Switzerland. There, in 1919, I founded the present Company.” Montres Rolex S.A. was registered in Geneva, Switzerland in 1920.

While the Rolex trademark was registered in 1908, the name didn’t immediately appear on the watches since retailers typically wanted to place their own names on the watches that they offered for sale. Wilsdorf began cautiously, “At first I ventured to inscribe “Rolex” on one watch in every six, hoping that this watch would get through and be sold.” He eventually branded more and more watches with the Rolex name and by the time the legendary waterproof Oyster debuted in 1926, Wilsdorf decided that all his watches should proudly bear Rolex on the dial, case, and movement. 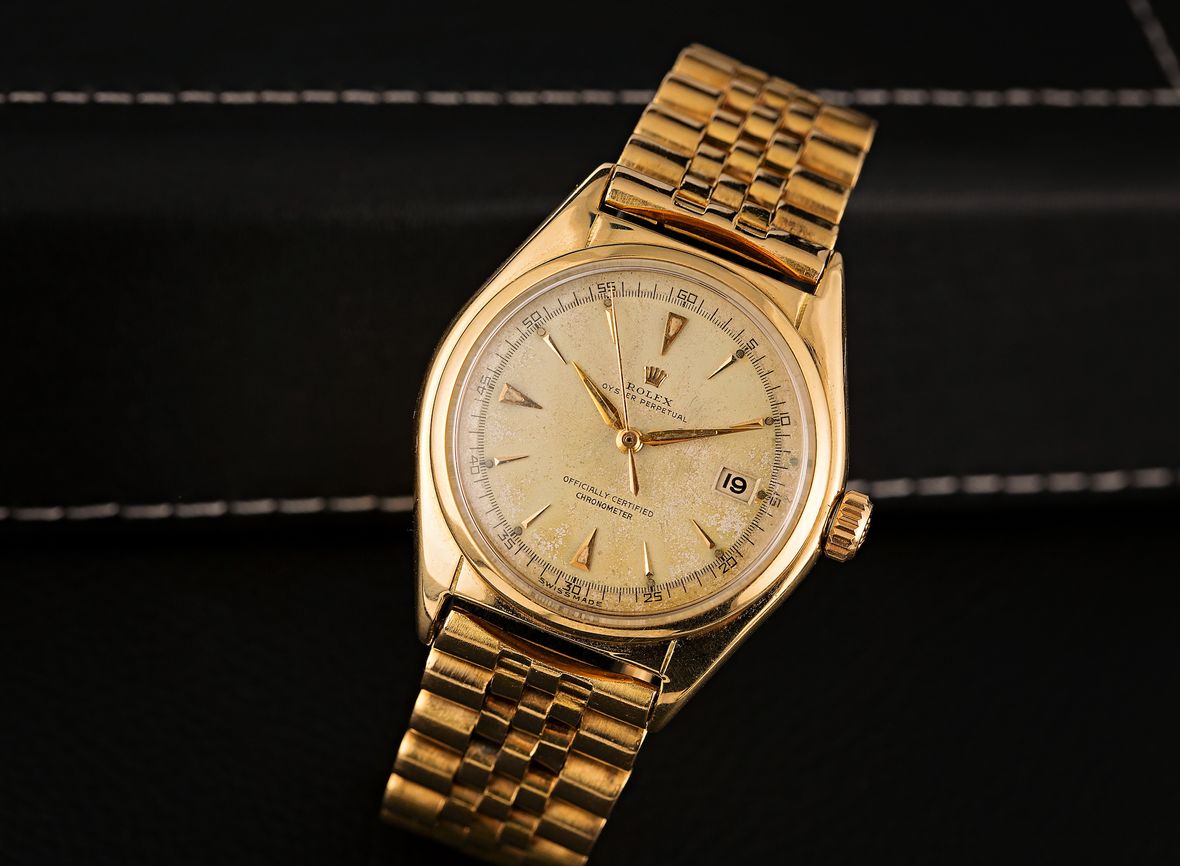 The Origins of the Rolex Name

Some speculate that the name Rolex was inspired by the French phrase, “Horlogerie Exquise,” which roughly translates to “exquisite watchmaking” in English. Others hypothesize that the name was chosen because it is reminiscent of the sound that a watch makes when being wound.

However, according to company lore, Hans Wilsdorf clearly expressed the origins of the name exactly 50 years after he coined it. “I tried combining the letters of the alphabet in every possible way. This gave me hundreds of names, but none of them felt quite right. One morning, while riding on the upper deck of a horse-drawn omnibus along Cheapside in the City of London, a genie whispered ‘Rolex’ in my ear.”

Wilsdorf & Davis picked the name Rolex because it was “easy to pronounce in multiple languages” and “was hard to misspell” due to its phonetic nature. Since the name was short, it looked clean and uncluttered when printed on watch dials; and over the years, it has become inseparable from the modified Garamond typeface in which it is frequently printed. 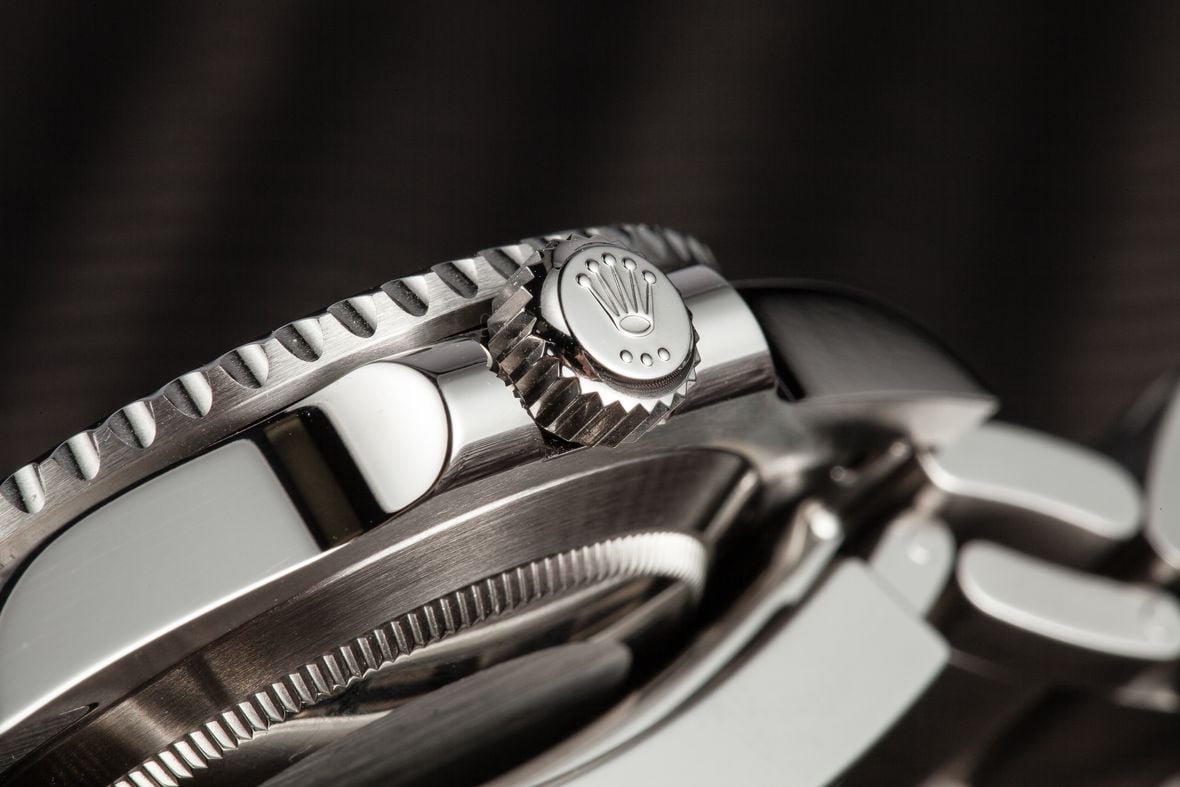 The Rolex crown, the now-famous logo of the brand, was registered in 1931 and Rolex began using the crown logo on watch dials in the 1930s. If you look at the earliest Rolex Oyster watches from the 1920s and the first Oyster Perpetual watch, you’ll see that the five-pronged coronet is not on the dial – only the Rolex name. However, by the time the Datejust was released in 1945, the crown was certainly present on the dial, right above the Rolex name.

In the 1950s, Rolex began marking the watch winding crowns with the coronet emblem too. Around the same time, Rolex began replacing the 12 o’clock hour marker with an applied crown logo on some models like the Datejust, Oyster Perpetual, Air-King, and others.

Similar to the name, many theories exist about the origins and secret meanings behind the Rolex crown. Some believe the five points represent the five fingers of the human hand; others believe that the crown is intended to represent five tree branches topped in pearls. However, Rolex makes no mention whatsoever of these theories, and they will likely all remain just speculations. Perhaps Hans Wilsdorf simply wanted to continue using a royal theme following the 1926 registration of the Tudor brand (named after the English royal house) by Veuve de Philippe Hüther for Hans Wilsdorf.

All theories aside, the crown perfectly encapsulates Rolex’s core values of excellence and exclusivity, while its five points mirror the five letters of the company name that frequently appears below it. Additionally, the coronet shape inherently carries with it connotations of honor and prestige, while also complementing one of the company’s slogans, “A Crown for Every Achievement.” 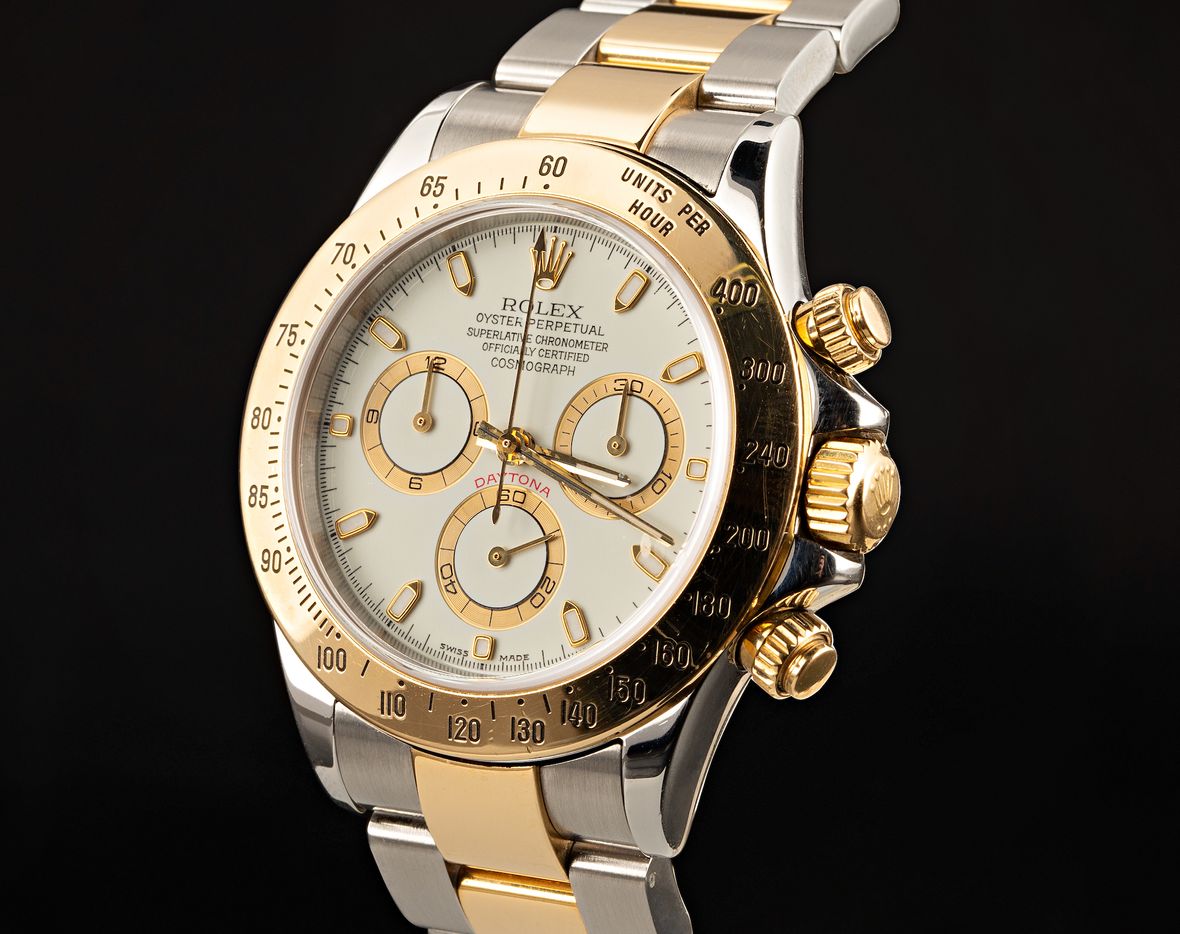 Over the years, the design of Rolex’s crown has changed slightly on the dial. Collectors have even coined some nicknames, like the Bart Simpson and the Frog Foot to distinguish these coronet variances.

However, the crown with the five points topped with round ends has always retained the core elements that make it instantly recognizable as the Rolex emblem. In terms of international, widespread recognition, the Rolex crown ranks among the most iconic logos of all time, along with those of Apple, General Electric, and Mercedes Benz.

Here at Bob’s Watches, we agree that the Rolex crown is perfectly fitting for a company specializing in Horlogerie Exquise. Each Rolex watch is made to exacting standards, using only the finest materials. In addition to serving as their iconic signature, the coronet logo that adorns every Rolex timepiece also serves as a subtle reminder that each Rolex is indeed, a “crown of achievement” for all who own one. 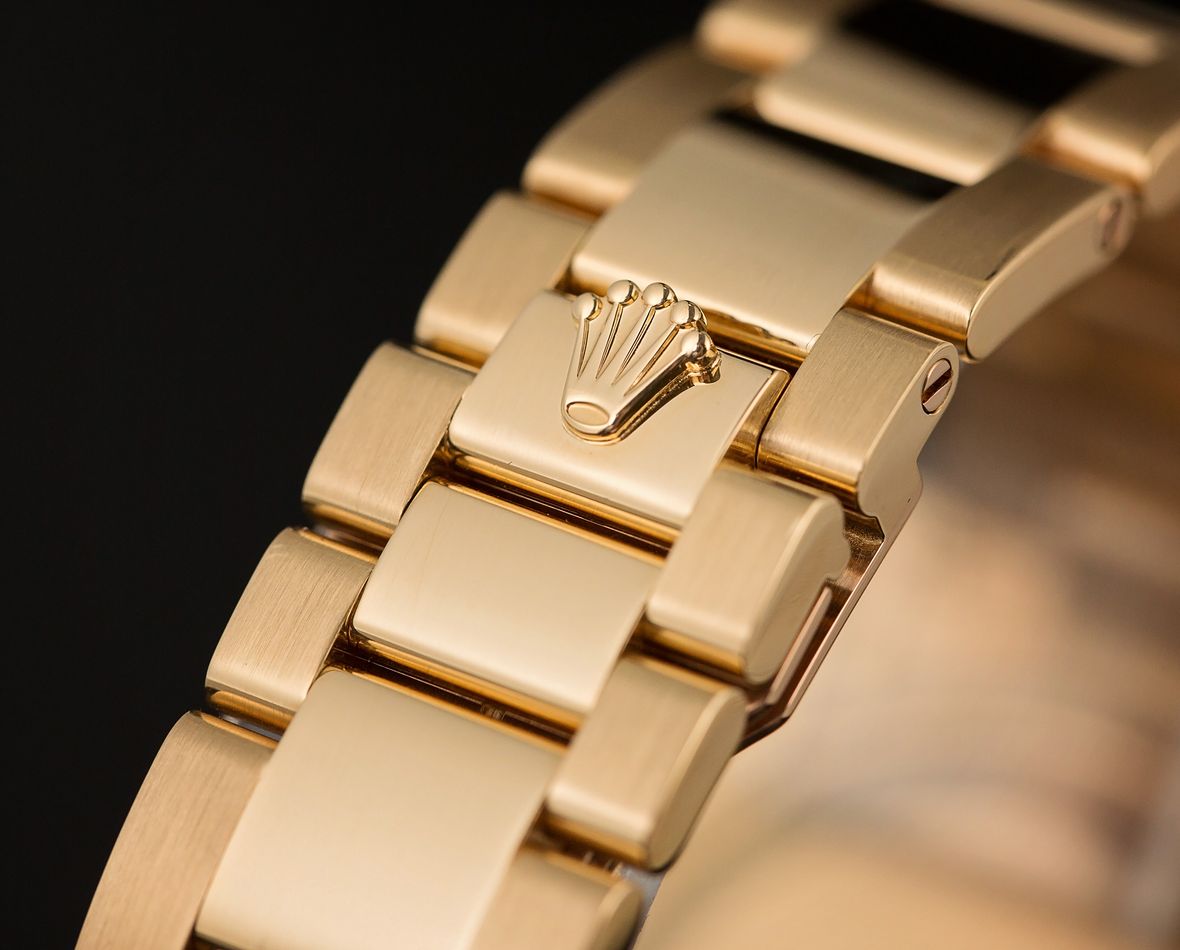