When the Pan-Am company needed a watch that could display multiple time zones simultaneously Rolex was able to deliver. Having a watch that kept good time was a necessity for pilots in those days.

Pan-Am pilots were not the only men in the air wearing these watches, however. NASA, US Air Force pilots and traveling business people all adopted the watch.

The first GMT-Master to hit production was the reference 6542. Introduced to the public in 1954 and was in production until 1959. The original models featured a bakelite bezel that cracked easily. Two years later this bezel would be replaced with a stronger aluminum bezel.

The GMT has come a long way since the original model 6542, which is evident in the GMT Master II model 16710. 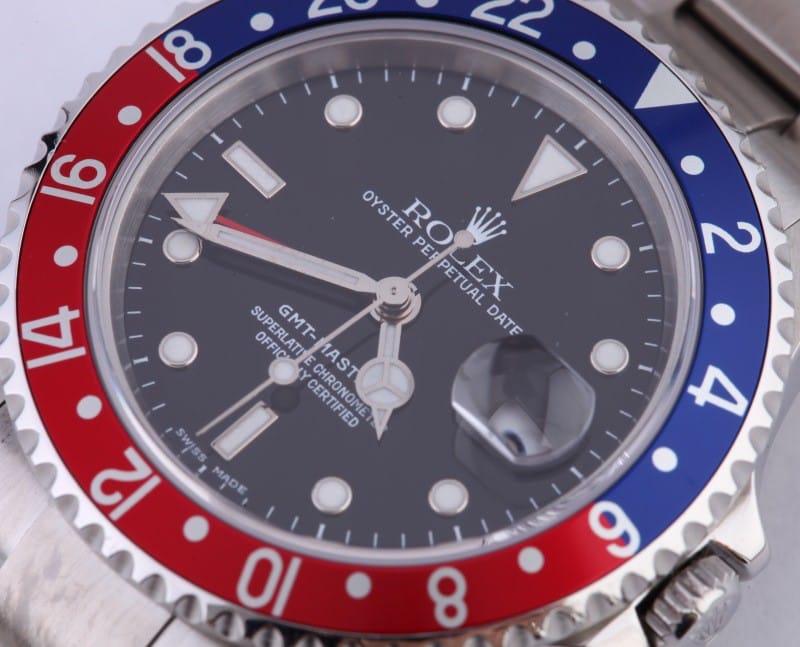 Beginning in 1989, the Reference 16710 replaced the ref. 16760 featuring a slimmer case design with a similar caliber movement. 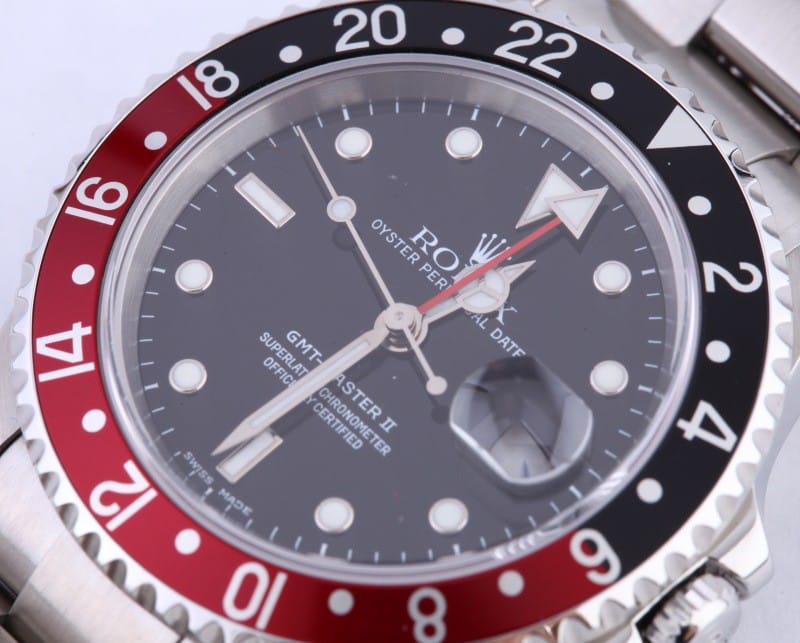 After a number of model changes along came the GMT Master II Reference 16710 in 1989. The Ref. 16710 replaced its predecessor the 16760. The new model boosts a new slimmer design with identical functioning caliber. At the time this slimmer case design was a welcomed change for a number of Rolex collectors. 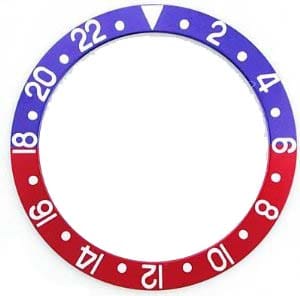 When the GMT 16710 was introduced to the public Rolex offered three different bezels. The Red and Black Coke Bezel, the Blue and Red Pepsi bezel and the solid back bezel.

When looking at the reference number you can identify the bezel type by identifying the last character. The letter "A" indicates a Coke Bezel. The letter "B" indicates a "Pepsi Bezel" and the letter "N" denotes a solid black bezel, as demonstrated below. 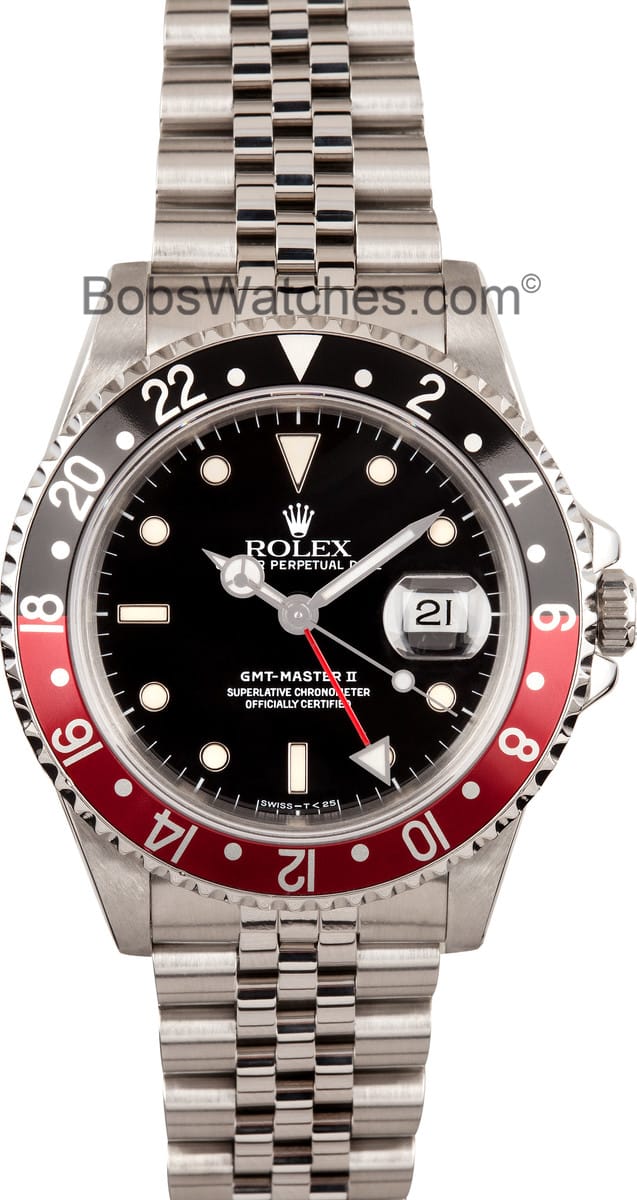 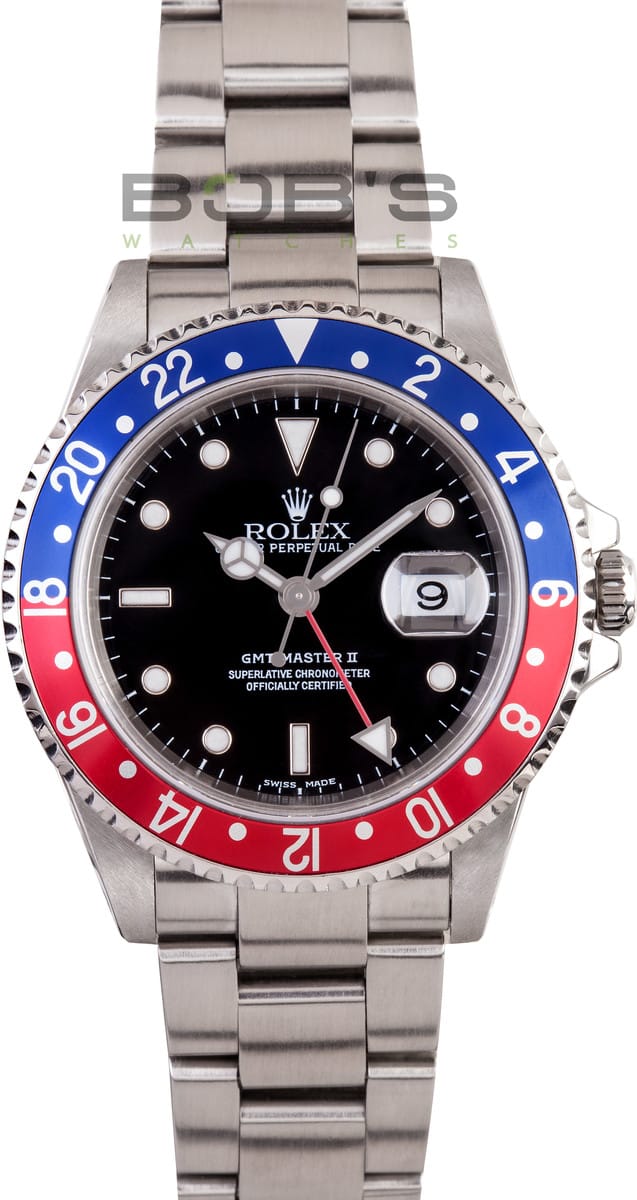 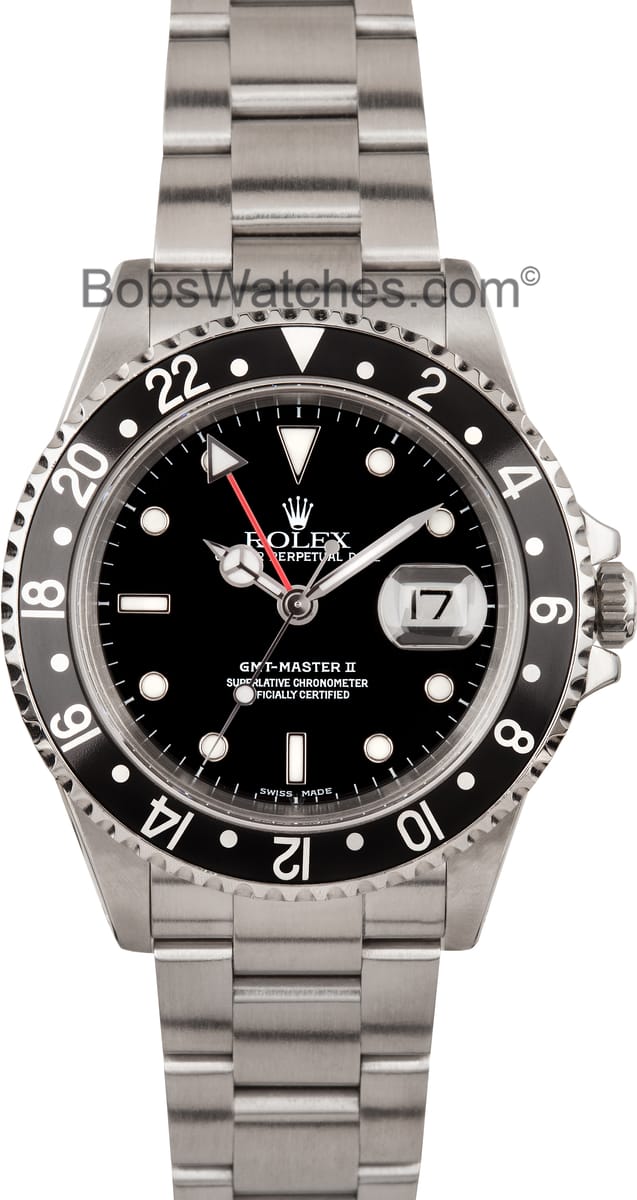 Rolex movements have been known to be among the best in the world. Movements found in the GMT are no exception. The GMT movements have always used automatic winding that have been slightly modified to add the GMT function. In the case of the 16710, it is a well-built 3185 calibre with COSC Certification.

During the production of the 1670 there have been a number of changes. The following outlines some of these changes seen over time.

Throughout history celebrities have been spotted wearing the Rolex GMT. Tom Selleck wore a Pepsi bezel GMT when he played Magnum P.I. Gonzo author Hunter S. Thompson would wear two GMTs. One showed the time in Havana, the other in Moscow. A Pepsi GMT was worn by Che Guevera through the Cuban revolution, up until his assassination. Jack Swigert wore one on Apollo 13, and Ed Mitchell during the Apollo 14 moon landing.